Summer is nearing its end. Everyone is returning back to the city from their holidays. The art shops, the cinemas, some restaurants have begun dusting their windows, and welcoming their patrons back.  At first chance, I made it to a local theatre screening Monsters University this past week, and even though the movie is in Italian! And boy did I miss out on some of the jokes and puns, but it was worth it! Most of us who are into it know the gist of the story. It's a prequel from the 2001 movie where Sulley and Mike are learning the ropes of scaring while they still in University.


So why am I trying to be like a movie reviewer by blogging about this?  Well, it's just that the movie spoke to me at different levels and I have to find a place to document this. :)

First thing is that I'm back at school - for the long haul. Not just a week or a couple of months, but a full academic programme. Exactly how long it will take will take depends on how fast or slow I learn.

I would love to think of myself as, Sulley, the champion scarer of Monsters Inc. But as the film unfolds, I realise how I'm so like Michael Wazowski. How he tries so hard to be in the scare programme, how works his butt off on his assignments, how serious he gets about school as he had been working his entire life to get into the programme in the hopes of joining Monsters Inc.  Even though he was expelled from school, he tried! Right before the last scene when Sulley catches up with him on the bus, he says to him, "Mike, you're not scary, not even a little. But you're fearless. And if Dean Abigail Hardscrabble can't see that then..." I almost felt that Mike was talking to me. That's how and why I love these Disney animated movies, and would like to be a part of them one day!

And the last scene in the changing room locker of Mike, we see the photos that traced all the job positions he had before getting that dream job of his. This reminds me that you've gotta keep trying and try different routes! And work from the bottom up if needed. In our time and age where we can retrieve information almost instantly, we lose sight of the need to take time to do things. I just I'm writing this to remind myself of believing in the 10,000-hour theory - that if you spend 8 hours a day for 10 years honing your craft, you'll eventually become very good at it. :)

Looking forward building theme parks for Disney and creating endearing animated characters and of course watching more movies by Disney that inspire! (Yea, no one from Disney paid me to say this.) 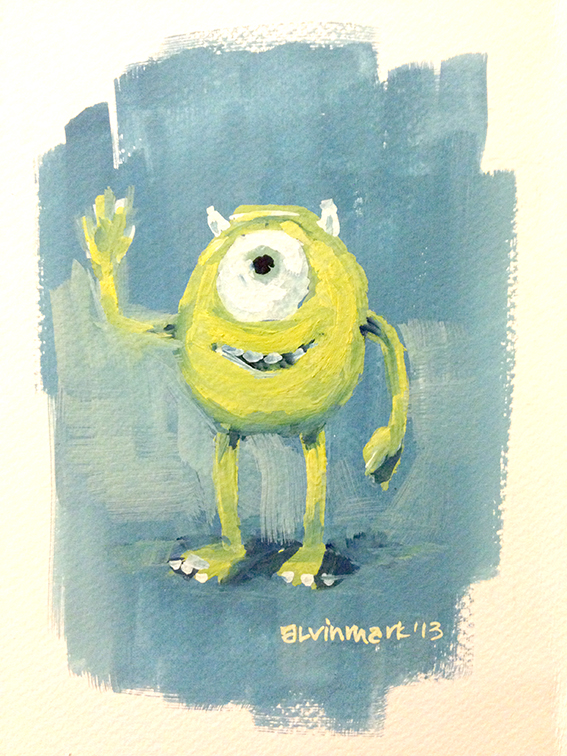 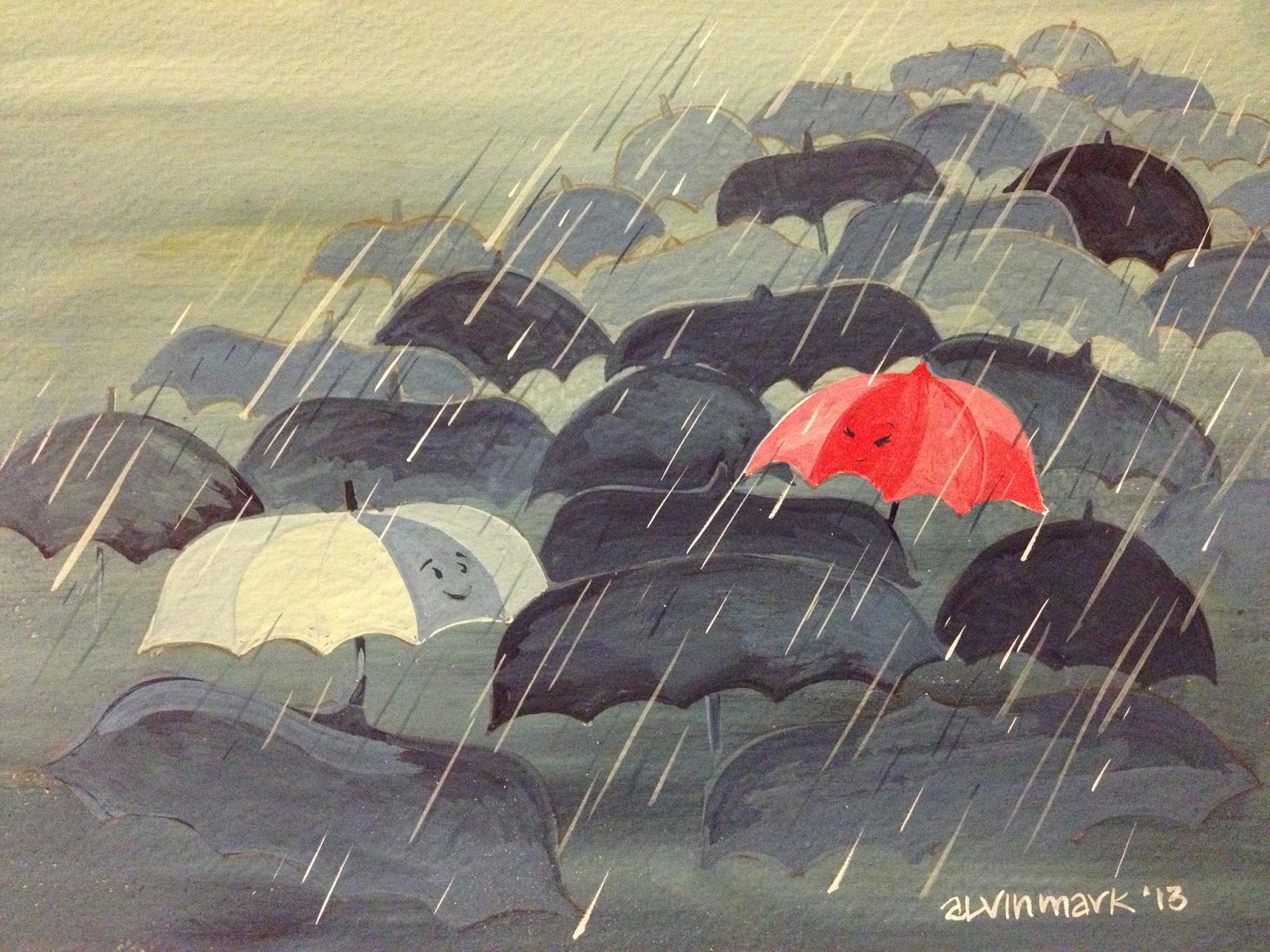 Inspired by the short before Monsters Uni is The Blue Umbrella.
Gouache on watercolour paper.