I completed my first full still life piece recently in Martinho's Workshop and titled it Can't Hurry Curry. I named it so because making a good curry paste, like painting, takes a while to do. And you sure can't rush through the process! Having said that, I had about 10 days to bring this piece to fruition (a far cry from the Academy's 7 to 10-week duration for the first still life project) - from creating the shadow box to prepping up the individual ingredients, to tracing the drawing onto canvas and finally painting it. Setting up took a little more time then expected as it wasn't as straight forward as I thought it would be.  I had over 10 ingredients on my list (see image A), but had to cut down on the number of items so as to avoid clutter.  I spent the time arranging the items so that the turmeric would be the centre piece enclosed in a triangle so it keeps the eye moving around the canvas.

The most fun part of it all was painting the mortar and pushing it, so even though it's a solid object, the reflections of the surrounding ingredients look like it's going into deep space. The next thing I enjoyed working on were the red hot chilli peppers (I just had to say that).

I added a brightly coloured and highly decorated cloth as the background to hold the entire image together. But its other purpose is to also showcase the Peranakan culture and their cuisine that is very unique to South East Asia. 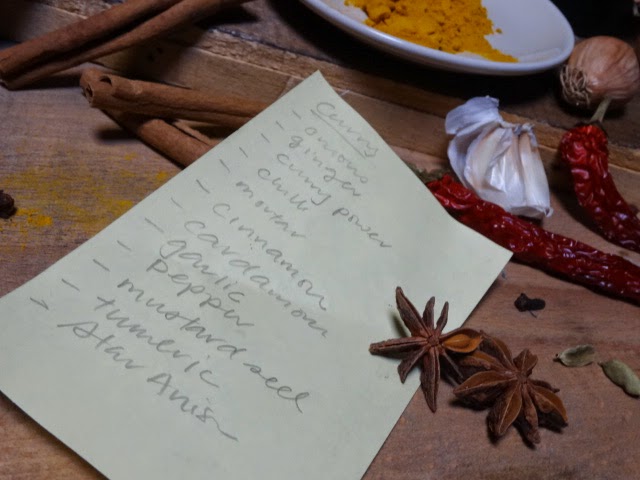 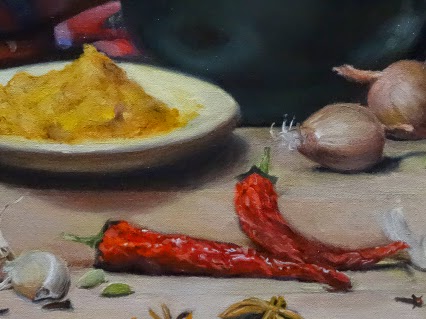 close-up of the chillies 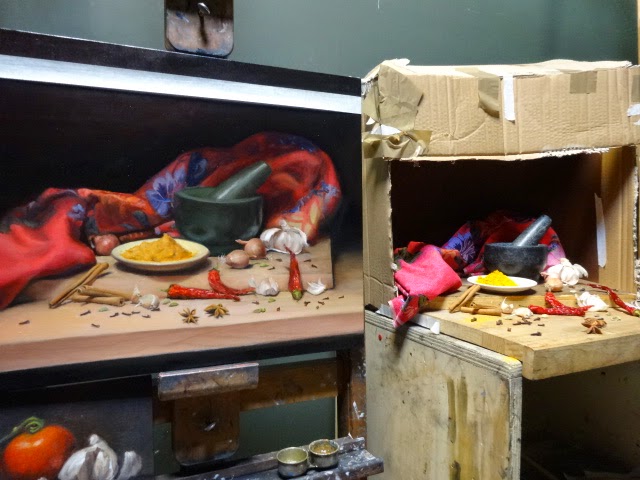 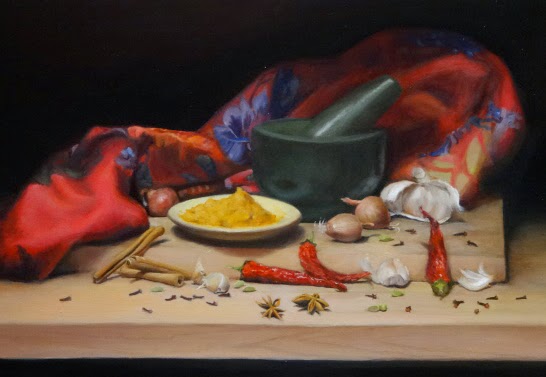