You spin me round

The start of my summer painting tour begins 20km east of Rotterdam in the Netherlands. This village that I will spend most of my time at is Kinderijk, famous for its 19 windmills built in the 1740s.  The weather was calm. It drizzled here and there, but in general, the wide open space is perfect for plein air painting. 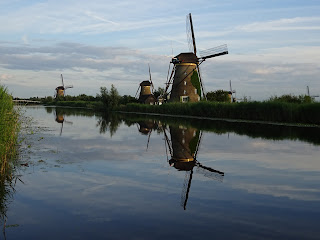 Why windmills? The south of the Netherlands have had water issues since the 13th century. Polders are low-lying pieces of land. These windmills are built on different levels and each one has the task to pump water to a higher level until it meets sea level.

I live on the other side of Kinderdijk – in another village called Krimpen ann der lek. Everyday, I take a water ferry that carrie me, my bicycle, cars and other passengers across. The journey takes less than 5 mins. Here's a clip of that journey. 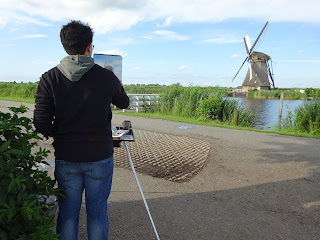 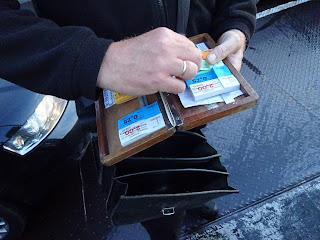 The cost for my bike and me is 80 cents in Euros. The colourful ticket issued by the conductor reminds me of old movie tickets. 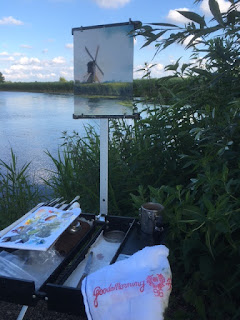 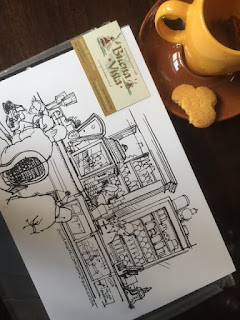 There's a wonderful coffee place that serves really good food too called Buena Vista Grand Cafe that is situated near the entrance  of the windmills. Margaret and Jan own this place and are great hosts. They even allowed me to come in the paint their collection of vintage radios. 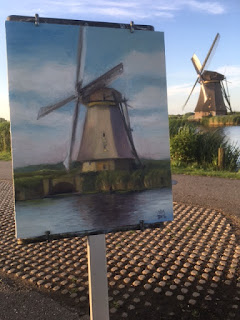 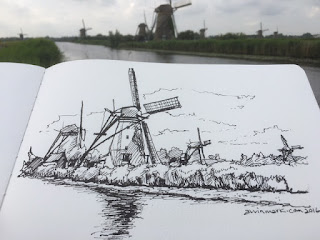 I's interesting to know there are people actually living in these windmills! :)

This windmill shows the journey to the windmill and ending up halfway to paint De Blocker.