The International students for the summer programme used an atelier that was once occupied by Ilya Repin himself. We were told that the ceiling, walls and floor did not go through much upgrading since the time of Repin, so that his spirit may live on in this space and those who dwell in it. 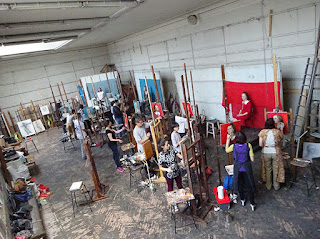 From the top of the stairs at the the entrance of the room where Repin and his family stayed while he worked below (as seen here). 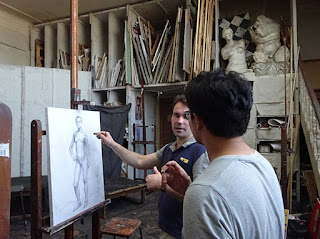 My instructor Mikail and I debating over Italian style versus Russian 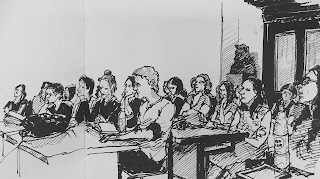 Another sketch during a lecture 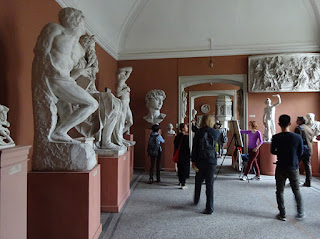 This is the Michelangelo room in the cast museum. During the reign of Catherine the Great (who was a major patron of the academy), the crème de la crème were sent to Italy to learn their techniques. 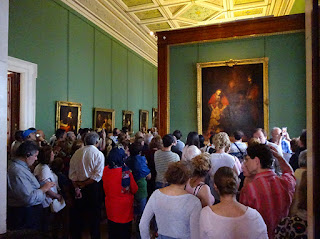 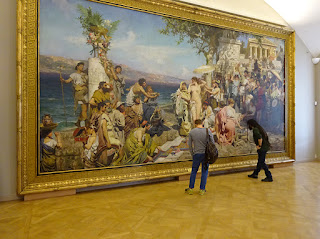 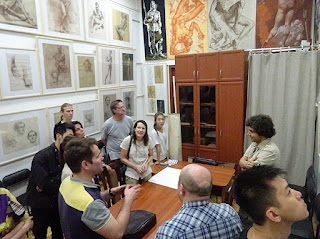 A special drawing room which we were allowed into 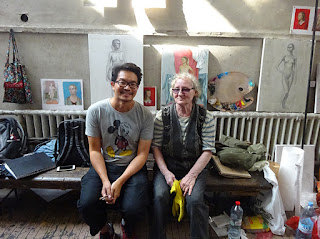 This is Lyudmila, who cleans up after all of us. 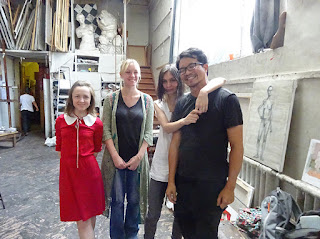 Our lovely models for the entire month! 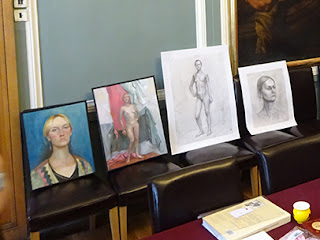 The final line up for the evaluation 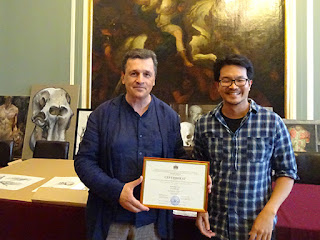 And finally, the awarding of the certificate.

The short 4 week immersion programme allowed me to counter-check where I am in the whole scheme of things. It expanded my palette because I was painting in natural light. Before I mostly paint under artificial lighting unless I'm outdoors. I also got insight to how Russians think and their method of doing things. And of course, I met many talented artists from around the world. In the next  few months, I'll be sifting and filtering out what I like from the both the Italian and Russian style. Looking forward to making more art!

If you are interested in this summer programme for the following year, google "2017, Summer, Repin Academy" and that should lead you to a blog.  There are 2 sessions each year: one in June, and the other July. Have a good portfolio ready for screening and you might just find your way to this fine institution soon someday.