The Other Side of St Petersburg (Part 1)

There was so much to do in the city of St Petersburg... so much that I didn't have time to train to Moscow.  I arrived during the time of the White Nights. And because St Petersburg is so high up in latitude (similar to Oslo, Norway), from around late May to early July, the sky never get dark. A dream for plein air painters! :) The White Nights festival organised by the city's administration hold numerous night-time events like symphony concerts, operas, classical ballet, plays, etc. I was fortunate to have gone for some of these cultural after school events. 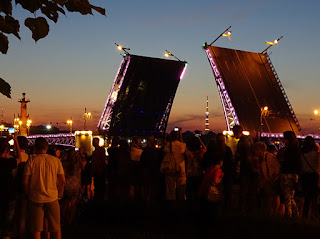 Here's an example of how bright it is during the raising of the city bridges at 1:25am, July 9. 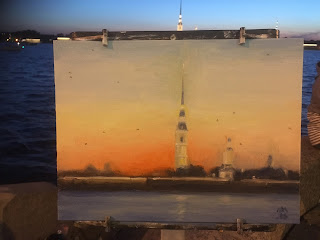 I started a sketch around 11pm, and it was still bright enough to paint.
If you purchase this sketch, I'll throw in the bugs free of charge. ;) 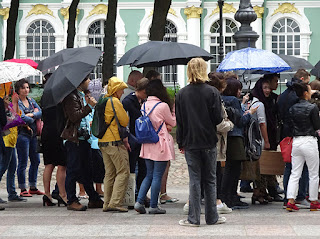 The weather, like in many parts of the world globalcoughwarming, is erratic. You carry an umbrella or a rain coat with you at ALL times. 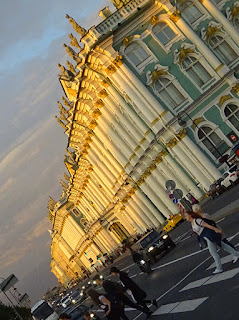 When the summer sun is out, it's just priceless. Many locals get out and bask under the sun. 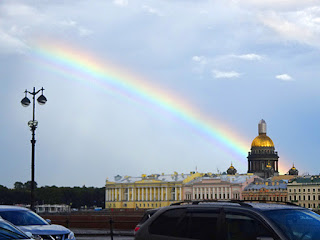 Catching a glimpse of a rainbow on St Isaac's Cathedral while heading for a symphony concert. 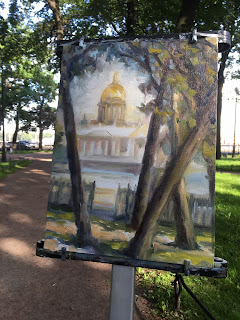 This is at the park right next to school.
See the time-lapse here. 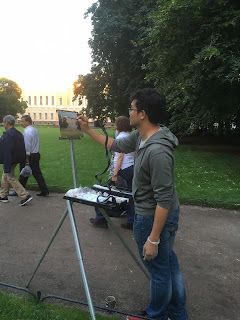 Every single non-rainy day, you'd find me outside practising my craft. This one's behind the Russian State Museum. 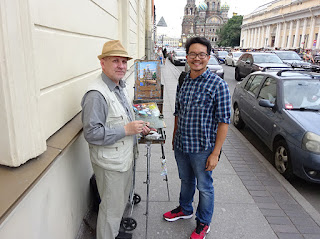 Plenty of artists are scattered throughout the city. Many of whom have or are studying at the Repin Academy. This is Alexander Ivanov who graduated from the Academy in 1990. He paints this cathedral every single day. 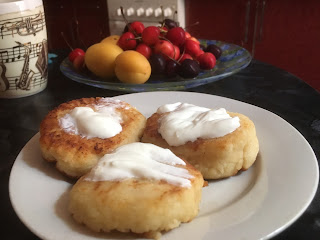 Home made bliny. It's like a pancake. And the Russians love their sour cream on everything. 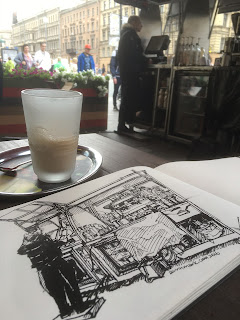 Finding the time to sketch while having a latte. The coffee is the most popular drink in Russia. What did you think it was?  :)  See the sketch in progress here: https://youtu.be/UEnGVX2Ji40 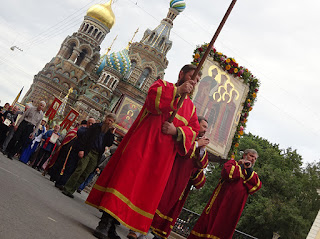 5th Sunday after Pentecost. Feast day procession just outside the prettiest looking cathedral in the city. 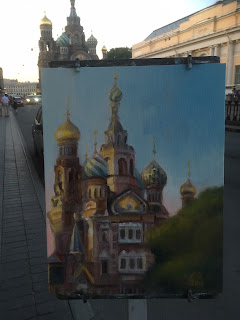 How can I not paint this Cathedral?
Click here for the time-lapse of this sketch.

Here's river tour to understand why are there so many bridges in the city.